The history of UGA OoS 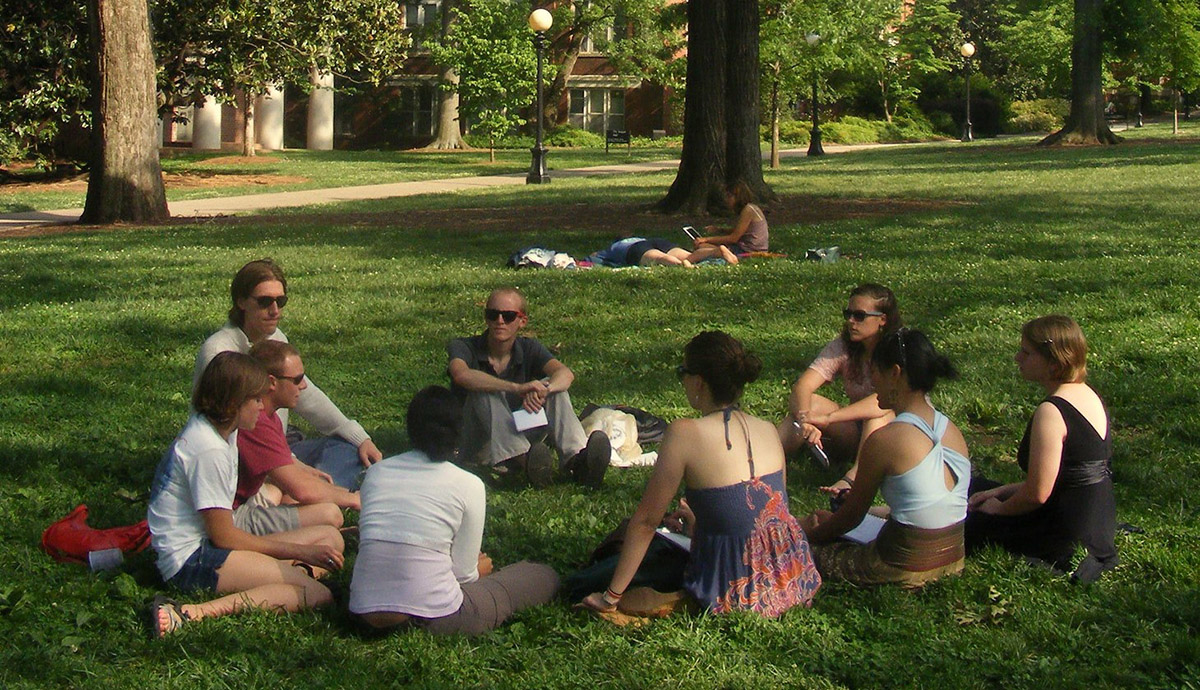 The year was 2008; the momentum for sustainability initiatives was building, and student energy was high. Sustainability offices were popping up at colleges throughout the country — and UGA students decided that their school would be next.

“They were going to make it happen no matter what. Their energy was contagious and they were really good at inspiring other students as well,” Tyra Byers, Director of UGA’s Interdisciplinary Certificate in Sustainability, said.

The initial effort to start an Office of Sustainability at UGA originated from the formation of the Go Green Alliance — a coalition of leaders from each of the environmental groups at UGA. The purpose of the coalition was to help these student leaders identify shared goals for sustainability at UGA.

“We recognized that if we all got together in the same room, we might be able to put our voices together and do something that would benefit all of the environmental issues we were advocating for,” Mark Milby, UGA alumni and original Go Green Alliance member, said.

The Go Green Alliance noticed that students needed more institutional support to explore sustainability issues through real-world experience — which is when the idea for an Office of Sustainability came into the picture. The Go Green Alliance soon began The Green Initiative Fund (TGIF) campaign to create support for a $3 green-fee that students would pay each semester. The money that came through the green-fee would then be used to create and support a UGA Office of Sustainability.

Like any push for progress, the TGIF campaign took dedicated time and strategic effort. Students organized a mass volunteer effort that included tabling at Tate, speaking to classes, letter-writing, marches through campus and other educational tactics. They even created customized coffee cups for the campaign through a partnership with Jittery Joes.

“One of the things that really sticks in my memory was when I was tabling and would tell people that for the price of a cup of coffee, you could help contribute and create an Office of Sustainability at UGA,” Sheena Zhang, UGA alumni and original Go Green Alliance member, said.

“Identifying these gaps and opportunities for sustainability improvements opened the door for what more we could do. So these two initiatives ended up complementing each other very well,” said Kevin Kirsche, Director of UGA’s Office of Sustainability.

In Spring of 2009, the TGIF campaign got the Green Fee Referendum placed on the Student Government Association ballot. The fee passed with over 80% voter approval  — along with the highest voter turnout at UGA in over a decade.

“The demand had really built over time for people wanting more sustainability education, programming, initiatives, but also students wanting to feel pride and honor with their alma mater,” Milby said.

“We were here in our one office in Chicopee, with no furniture, just sitting on the floor with our own laptops. And that was day one of OoS,” Kirsche said.

The Office of Sustainability was officially established in Spring of 2010. At that time, OoS had just one intern: Mark Milby, who was one of the few leaders of the TGIF campaign who had yet to graduate.

“I remember several of those days where we would sit in that office and just talk about what the vision was. A lot of it was building those conceptual blocks you need for any organization. I remember feeling really grateful that I was getting to witness it,” Milby said.

“When we started our internship program, I thought all the ecology students would want to hop on board and be involved — and a lot of them did. But what I didn't anticipate was all of the Grady students, the Terry students, and others across campus who have shown so much interest in OoS,” Kirsche said.

The office operates through an interdisciplinary approach, meaning that they incorporate a variety of academic perspectives when trying to come up with meaningful sustainability solutions on campus. This translates into an internship program with students from all parts of campus, from art and engineering to theater and computer science.

The interdisciplinary nature of the internship program extends into the office’s academic programs as well. The Interdisciplinary Certificate in Sustainability was established in 2016 and is supported by nine different colleges at UGA. The program has grown significantly, and now has over 300 students representing over 70 different majors.

The Office of Sustainability has also expanded to include more than just on-campus sustainability projects. In 2017, the Partnership for Sustainable Athens was created to enable community organizations to request an intern for the semester to help them advance sustainability, justice, and resilience in the Athens community. Partners have included Athens-Clarke County Recycling, Stormwater, and Sustainability departments, Athens Farmers Market, Envision Athens, Project Safe, and others.

Community organizations can also apply to have students from the Sustainability Certificate program help them complete a sustainability project. This allows students to receive their capstone credit by creating real-world sustainability solutions.

“In order to have sustainable communities, we need to implement sustainable policies so people can survive and flourish. As an office, I think we are incorporating more social sustainability, instead of just environmental sustainability,” Abbie Dillon, Urban Agriculture Intern, said.

In 2015, the United Nations developed the 17 Global Goals for Sustainable Development. While the goals do address issues such as clean water, climate action, and responsible consumption, they also address issues that people might not automatically think of when they think of sustainability. Some of these goals include: gender equality, zero hunger, no poverty, and quality education.

“That has been a great framework for us to understand and communicate the spectrum of issues related to sustainability,” Kirsche said.

After these goals were released, OoS began to use them as a way to further clarify the direction of their mission. The office’s current working definition of sustainability is, “The just and ethical integration of social, environmental, and economic solutions to ensure that all people can thrive, both now and in the future.”

When talking about the future of OoS and sustainability at UGA, Byers and Kirsche both expressed how they would like to see sustainability become a more central part of the campus community’s culture. In other words, the goal would be that sustainability isn’t seen as an additional initiative, but rather is integrated into the way the university functions and operates.

“We will continue to offer a hopeful message and implement hopeful solutions,” Kirsche said.