Understanding the history of Native American Land in Athens 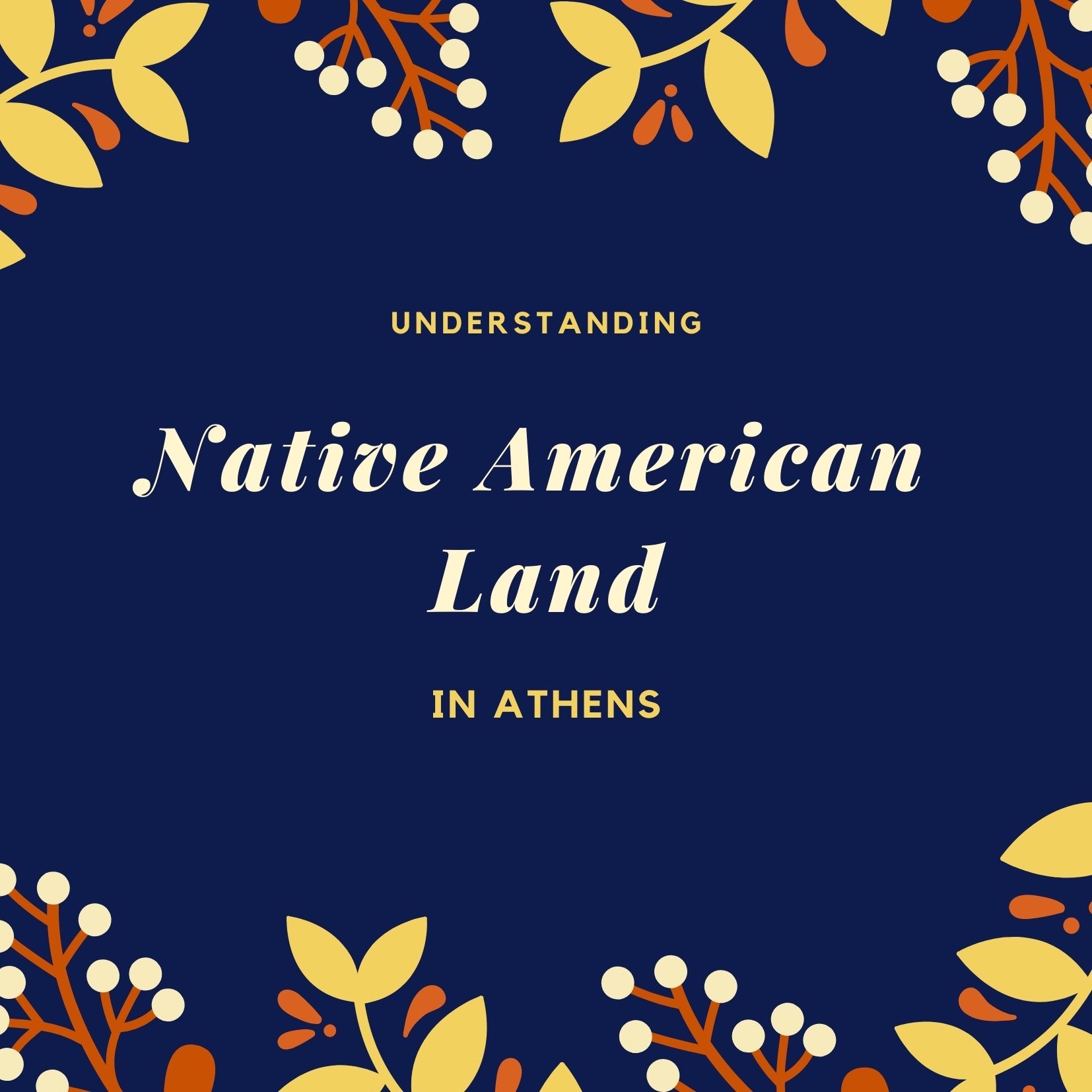 This year’s Thanksgiving comes during one of the most unusual years of our lifetimes. As we redefine traditions to accommodate COVID-19 precautions, reconsider our priorities, and continue the momentum of social justice movements, this Thanksgiving is a good time to reflect on the meaning and history of the holiday and our beloved land in Athens.

The true tradition of Thanksgiving started centuries ago on land that was not ours. Native Americans across the United States were forced off of their land, Athens included. Many of the foods and traditions we now associate with Thanksgiving — corn, pumpkins, and beans to name a few — are rooted in Native American heritage. November is also Native American Heritage Month, a time to commemorate the extensive history and culture of Native Americans.

I spoke with Dr. Ervan Garrison, an anthropology professor at the University of Georgia. He is a citizen of the Choctaw Nation, born into the tribe in Tulsa, Oklahoma. We discussed a few frequently asked questions to provide a brief history of Native American land, and why it affects all of us.

What is the history of Native American land in Athens?

Dr. Garrison said there is no more indigenous land ownership in Athens, aside from a few individuals like himself. The primary tribes in Athens were the Creek and Cherokee. Throughout the 18th and 19th centuries, a series of treaties and the Indian Removal Act of 1830 removed all of their land ownership by the 19th century. The Indian Removal Act forced all Southeastern tribes to move west of the Mississippi River.

UGA’s own opening was delayed by the Oconee War until 1801, due to violent conflicts between the settlers in Georgia and the Creek Nation. The Oconee River’s basin was highly contested land, as it was abundant with resources for the Creek and Georgian settlers continued to push out the Creek people. Eventually, the federal government became involved with the conflict, which ultimately concluded with the Creek Nation ceding a large portion of their land in the Treaty of New York.

For an in-depth look into the Oconee War, check out Steven Scurry’s three-part feature published in Flagpole.

What does the Thanksgiving holiday mean for Native Americans?

For Dr. Garrison’s tribe, Thanksgiving “falls close to the ancient Green Corn Ceremony time and can be used by Choctaws to cover both holidays. The Green Corn Ceremony is about renewal ... where last year's Sacred Fire is extinguished, and the new year's fire is kindled.”

According to the Native Hope blog, Native American tribes celebrated the autumn harvest around the time of Thanksgiving, well before the arrival of settlers. The values we now associate with Thanksgiving, of gratitude and selflessness, originated through these celebrations of harvest.

Thanksgiving can also be a day of mourning for some Native Americans, remembering the massacres of Native people and the land that was stolen throughout the continent’s history. For organizations like the United American Indians of New England, an annual National Day of Mourning is held as a day of remembrance.

Why is it important for UGA students and Athenians to understand the history of Native American land?

“Modern Athenians and UGA students should understand that these lands were NOT theirs by right. These lands were seized and stolen, to be perfectly blunt, from people who had inhabited them for thousands of years,” Dr. Garrison said.

While we cannot fully reconcile the hardships inflicted upon Native Americans in the U.S., awareness is the first step in ensuring their voices remain heard, especially as we celebrate holidays like Thanksgiving each year rooted in Native American traditions.

How can UGA students and Athenians better understand the history of the land around them?

People can also turn to the Athens-Clarke County website to learn about land stewardship. This page provides a brief history of land in the county, dating back to when the Creek and Cherokee people occupied the land. For a more in-depth look into the history of land on UGA’s campus, Dorinda Dallmeyer, former director of UGA’s Environmental Ethics Certificate program, devised a walking tour of the campus inspired by Aldo Leopold's A Sand County Almanac. In this 40-page guide (PDF), you can plan your hike around campus landmarks while educating yourself about the land on which you’re standing.